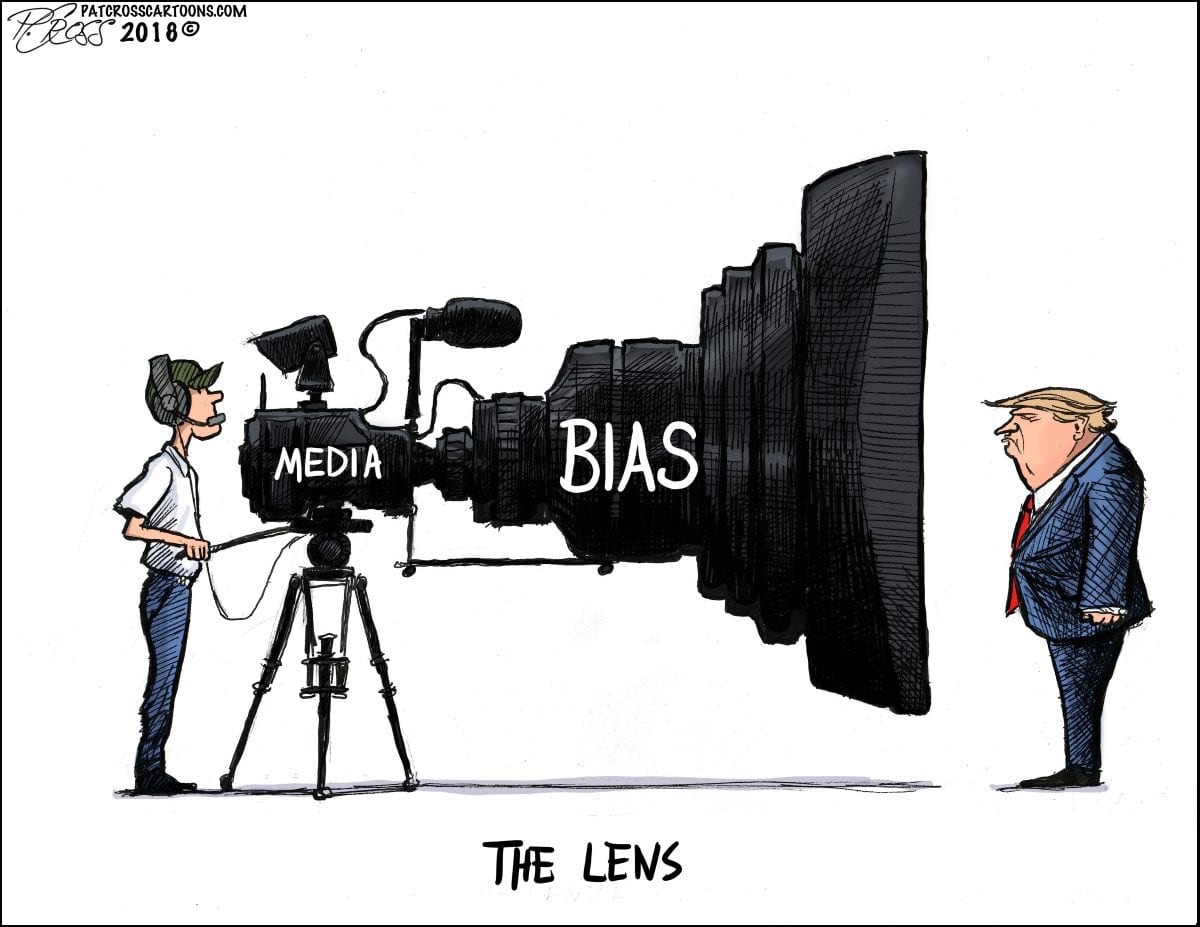 Time to get slightly political—because that’s always FUN, right? 😅 As someone who voted 3rd party write-in during the 2016 election and will attempt to do so again with an absentee ballot, I’d like to take a middle-of-the-road approach in regards to the current state of US politics and the press. You can decide which following description fits which candidate best, but the mere fact that the US is faced with a choice between personified (A): Diarrhea of the mouth, and (B): Diarrhea of the brain, tells us we are in desperate need for a counter-balancing third party. But I’ll save that for another time.

My real concern is the utter collapse of the press to remember what their sacred duty is: To report the news without bias. This commitment must come before the ambitious, egotistical pursuit of opinion columns/segments.

Of course the news industry is itself a collection of flawed human beings trying to navigate the terrain between their personal preferences and the journalistic career they have chosen. But we should expect them to know the difference. No matter the internalized pressure to take sides and shield their candidate of choice, we should fully expect them to withstand the pressure and hold the high ground of independence. This ground is shrinking with each election. In 2016 Hillary Clinton received a whopping 200 endorsements from newspapers across the US one month before the election. In comparison Trump received six. The ridiculous trend of newspaper, editorial boards collectively endorsing candidates is only getting worse.

In point of fact, the news publication USA TODAY use to pride itself on being a centered publication that refused to endorse political candidates in order to remain neutral and independent. But for the first time ever, they have publicly announced their support of a presidential candidate. You can guess which one. We expect such compromise from the New York Times, but when formerly centrist news outlets follow suit, this is a sign of truly bad things to come.

What we are seeing today is the complete capitulation of the press to give up their essential role of objectivity and independence. The failure of the press to remain centrist in their reporting is why so many news outlets have recently popped up along a left and right spectrum to solely cater to the needs of their entrenched readers. I’m not a journalist. I have not chosen a career where I have copious amounts of time to devote towards finding out the truth on political matters for the benefit of others to make informed decisions. I definitely lean politically conservative in most of my observations of the cultural-political landscape. So I rely on centrist reporting that just gives me the facts and allows me a perspective that lies outside my natural bias.

This is almost becoming impossible to find today. The fact-checkers need to be fact-checked and so on and so forth. In a world of ideological bias, objectivity is about as rare as finding a snow leopard… in the Sahara. Yet it still remains a worthy pursuit—for the press most of all. One cannot truly comprehend how sacred their role is until you live in certain un-named countries outside the US where the press is either an extension of government propaganda or is bankrolled by outsiders to oust a government. Information is indeed power. It can bring down governments or shield them from opposition. Yet the role of the democratic free press is not to decide WHICH outcome THEY want.

To the contrary. They are the carriers and couriers of information and must always remain distinct from it. The minute they merge their own identity into the content of the information they are carrying, they have lost their “calling.” Under the heat of their own bias seeking expression, they become like a bucket that molds itself into whatever “form” of information they selectively choose to carry. From that point on, they find it nearly impossible to re-shape themselves in order to carry information that comes in a different form—a form that runs contrary to the political affiliation they merged with earlier. If the American press cannot congregate enough reputable personal to hold the middle ground and just report the facts—no matter the source—then we can fully expect to see an increasing political divide reflect that failure by splitting the US into two national identities. Those national identities may one day manifest into another civil war—led by civilian militias on the right against militias on the left.

There is still time to avoid this, but given the fact that much of the press has completely given up even the pretense of trying to look unbiased, a great vacuum is now occurring—sucking remnants of the center into the left and right. This isn’t about Trump or Biden. This is about the US descending into a state of increased division and distrust because the press refuses to hold the middle ground of neutrality where the common good can be found in common facts. This negligence is only going to cause cringeworthy, fringe news sources to multiply 3-fold in the next four years—no matter who wins the election.

Hi, I'm Matt. "Strider" from Lord of the Rings is my favorite literary character of all time and for various reasons I write under the pseudonym "StriderMTB. As my blog suggests I seek to live out both the excitement and tension of a Christian walk with Christ in the 3rd world context of Asia. I am unmarried yet blessed to oversee an orphanage of amazing children in South-East Asia. I hate lima beans and love to pour milk over my ice-cream. I try to stay active in both reading and writing and this blog is a smattering of my many thoughts. I see the Kingdom of God as Jesus preached it and lived to be the only hope for a broken world and an even more broken and apathetic church.
View all posts by StriderMTB →
This entry was posted in Thought of the day and tagged Christians and Trump, collapse of press, dishonesty of media, dishonesty of press, media bias, media bias exists, press bias, press bias exists, Trump and media, Trump and the press. Bookmark the permalink.