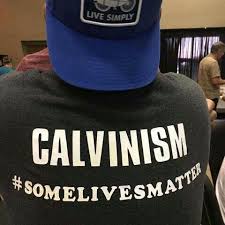 1 John 5:10-11 states: “Whoever believes in the Son of God accepts this testimony. Whoever does not believe God has made him out to be a liar, because they have not believed the testimony God has given about his Son. And this is the testimony: God has given us eternal life, and this life is in his Son.” [NIV]

THE ARGUMENT PRESENTED: When looked at objectively it is clear John’s statements are strongly implying God’s testimony is a witness of divine truth genuinely meant for every person, but the person who refuses to believe in God’s testimony is essentially calling God a liar because “they have not believed the testimony” of what God has done for him and given to them (i.e. the testimony God gave to them about his Son and eternal found in his Son– vs. 10).

Since John specifically includes unbelievers as recipients of God’s testimony, John’s use of the word “us” in this passage cannot be restricted to the elect.

How do we know this?

Because John declares that the one who does not believe in God’s testimony is calling God “a liar.” This is crucial to see.

As mentioned in verse 10, the unbeliever is calling God a liar, in that he or she refuses to believe in God’s testimony, namely, that which “God has given about His Son” (vs.10). If this were not so, we are left with the absurd notion that John is condemning unbelievers for calling God a liar because they refuse to believe God gave His Son to only the elect.

John’s argument in 1 John 5:10-11 is essentially a further development of his words in John 3:16-17. God “gave” His one and only Son to the world that He “so loved.” Those that reject the Son given are condemned, But those that receive the given Son receive eternal life found in the Son. To have one is to have the other. Hence “whosoever believes in him shall not perish but have eternal life.”

Believing is certainly at issue– but people are never condemned for not believing Christ died for others, but for them! Repeatedly the scriptures teach that people are condemned on the basis of rejecting the Son of God given to them— not for rejecting that the Son of God has been given exclusively to elect Christians. Never once does do the scriptures even suggest such a bizarre, outlandish concept.

To summarize then, these verses put into serious jeopardy any Calvinist notion that suggests God limited and restricted the scope of His redemptive intention and redemptive love to only an unconditionally elect few. The unbeliever could never call God a liar if it were true that the testimony (Christ and eternal life found in Christ) was not given or intended for him.

But, as John says, the testimony of the giving of the Son and eternal life is true and when the unbeliever refuses to believe this, it is on that basis the unbeliever is calling God a liar and stands condemned— “because they have not believed the testimony that God has given about His Son”(vs.10). It bears repeating: John is condemning unbelievers for calling God a liar in that they refuse to believe God gave His Son and eternal life for them. 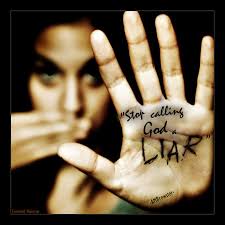 SERIOUS IMPLICATIONS: The implications of this stretch far and wide. John is saying unbelievers can slander God as a liar by refusing to believe God has sincerely and genuinely given His Son and eternal life to them. However it would also imply that any man or woman who tells other men and women that Christ’s redemptive death and work of salvation has been intentionally restricted to a pre-selected few, rather than to all mankind without exception, would also be calling God a liar. Calvinists can split all the hairs they want, but there is no getting around this serious charge.

THE CALVINIST REBUTTAL: The sole response a Calvinist can muster would be to say: “Well…yes in some sense Christ and eternal life may be offered to all through a general proclamation of the gospel. That would be his revealed, moral will. But in God’s secret will of decree only those whom God unconditionally pre-selected were specifically intended by God to be beneficiaries of the Son given because it was only for the sin of the elect that Christ shed his blood. Everyone else is left in their God-ordained sin to call God a liar and be condemned for it.”

RESPONDING TO THE CALVINIST REBUTTAL: The above explanation by a Calvinist is the typical escape hatch by which all Calvinists seek to evade and circumvent any scripture passage that makes God appear too charitable and intentional in His redemptive love for all people. For many Calvinists any suggestion of God being omni-benevolent in redemption is almost treated as a theological cardinal “sin” that must be denounced in the strongest terms possible.

Be that as it may 1 John 5:10-11 simply won’t bend to their wishes. If nothing else the text is a clear refutation of the Calvinist theology of limited, particular atonement and the constrictive manacles they impose upon God’s saving intention. For centuries Calvinist theology has insisted that the un-elect are outside the redemptive orbit of “the world that God so loved that He gave His only begotten Son,” and therefore the Son’s work on the cross was never truly given to them in any tangible, divinely intended manner.

But if John is saying anything worth noting, he is saying that the Son (and eternal life found in the Son) has been given— tangibly given to all persons— and a denial of this is to call God a liar.

Shocking as it may be Calvinists are at the forefront of slandering the witness of God since they insist that multitudes of people are outside the orbit of God’s redemptive love and saving intentions through the giving of His Son.

SERIOUS QUESTIONS: Two reflective questions bear out why the standard Calvinist response simply does not work:

Questions 2: Moreover since John says the testimony of God’s witness to the world is established on the basis that He has given eternal life though the giving of His Son, how can unbelievers slander God as a liar if it’s true (as Calvinists insist) that the Son was in fact not given to them as a redemptive offering for their sins? What exactly are they not believing that is condemning them?

Once again we are left with the absurd notion that God condemns unbelievers for refusing to believe His Son was given solely to the select elect—but not to them. In other words it would mean people do indeed stand condemned for their unbelief, but not for disbelieving the gospel is good news for them—but for disbelieving Calvinism’s special doctrine of unconditional election on behalf of the elect!

And that is ridiculous! 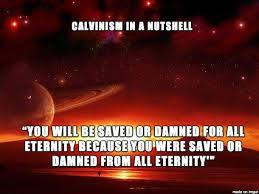 It is this issue that will forever divide Calvinists from Arminians and all non-Calvinists. Calvinism creates a cosmic charade out of grace in which God is seen to feign loving concern towards unbelievers by calling out to them to repent and believe in the Son given. But its all a guise, a ruse– a parody of grace with no substance. The cloistered truth is there is no tangible Christ for them; there is no forgiveness for sins; there is no genuine opportunity for repentance. In sum there is no Son—only the pretense of a Son given.

To this all faithful Christians must say to our misguided Calvinist brothers and sisters, “Cow cookies!” We are called to hold unbelievers to account. The Son has been given and you knowingly reject Him to your peril.

Hi, I'm Matt. "Strider" from Lord of the Rings is my favorite literary character of all time and for various reasons I write under the pseudonym "StriderMTB. As my blog suggests I seek to live out both the excitement and tension of a Christian walk with Christ in the 3rd world context of Asia. I am unmarried yet blessed to oversee an orphanage of amazing children in South-East Asia. I hate lima beans and love to pour milk over my ice-cream. I try to stay active in both reading and writing and this blog is a smattering of my many thoughts. I see the Kingdom of God as Jesus preached it and lived to be the only hope for a broken world and an even more broken and apathetic church.
View all posts by StriderMTB →
This entry was posted in Critiquing Calvinism and tagged 1 John 5 commentary, 1 John 5:10-11 commentary, Calvinism, Calvinism is wrong, Calvinism refuted, calvinism vs. arminianism, Calvinist theology refuted, Death knell of Calvinism, defending arminianism, Limited Atonement refuted, Particular Atonement refuted, Rebutting Calvinism, Rebutting Calvinist theology, Two will of God refuted, Unlimited Atonement defended. Bookmark the permalink.