A Dream: A Sniper Rifle vs. Christ’s Binoculars

In my dream I was on a balcony overlooking a city. Jesus suddenly walked up next to me and calmly pointed down to an apartment block across the block. He then stated that in each apartment complex were guilty men that deserved to die. At my feet there was a sniper rifle. I picked it up, looked through the scope, and began to survey each apartment complex. Rather than be in their rooms each man was outside on their balcony.

Through the scope I saw nothing but anger and cruel evil etched into the faces of each man. Some of the men were yelling and beating their wives. Others were cruelly slapping their kids repeatedly in the face. A few were yelling curses into their phones  while others were yelling up at the sky and shaking their fist at God. Immediately I felt what I perceived to be a righteous indignation well up within me! These people were bad! They needed to be stopped! Jesus said they deserved to die. Therefore I could stop them.

I did not hesitate at all. Immediately and calmly I started at the top balcony and fired off my first shot. Through the scope I saw the head of the man explode, just as he was about to hit his wife again. His death did not bother me a second. I felt emboldened. I felt nothing but justification. Slowly but methodically I worked my way down the side of the building—killing each man on his balcony and watching them drop dead before me.

Once I got to the bottom of the building, and all the men that needed killing were dead, I calmly placed the rifle back down. I looked over at Jesus who was just staring at me.

“What do you feel?” Jesus asked me.

“I feel good. I feel justice has been done. I feel the world is a much better place without those men,” I replied.

This is where my memory is a bit fuzzy. But I think Jesus gave me a pair of binoculars. He told me to look through them at the same apartment complex again. I did. What I saw immediately took my breadth away. Instead of seeing angry men shouting at their wives and beating their children, I saw men hugging their wives, kissing their wives and gently tossing their children up into the air and lovingly catching them. Each balcony was a picture of love and happiness.

Suddenly I saw the head of one of the men explode as he was kissing his wife. He had been shot! Then another father dropped dead and another and another. I started screaming! “Stop, stop! Look out!”

But my words changed nothing. With horror I saw each father and husband killed before my eyes. Then it was over. I looked over at the apartment balcony next to me and was horrified to see… myself. I was dressed all in black, looking through a scope. I could hardly see my face, but somehow I knew it was me.

With tears in my eyes I turned to Jesus and said, “Jesus, they didn’t deserve to die! You said they deserved to die! But they were loving their families!”

Jesus calmly replied, “I didn’t kill them, you did.”

“No, I didn’t Jesus,” I pleaded. “I only killed the bad men that deserved to die.”

“They are the same men,” Jesus replied calmly.

I began to cry heavily. My heart was in deep agony over what I had done. I fell to my feet. “I don’t understand…” 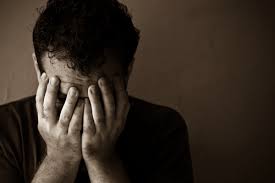 Jesus then began to explain. “What you saw through the scope of the sniper rifle was only judgment that was void of hope. The sniper rifle is an instrument of death as is judgment without hope. When you are too quick to judge others, your judgment is “hope-less”, and you can only see what people deserve in the emotion of your own anger and sense of justice. When you only seek to judge people you kill them by prematurely cutting them off from the hope that life could be different for them. What you saw through my binoculars is hope and the power of hope to change lives.”

Still unsure, I asked, “How could those angry, cruel men I killed become the joyful, gentle fathers and husbands I saw through your binoculars?”

“Only one way,” Jesus replied. “You would have to forgo being content to only judge them. You would need to go to them and speak my words and truth to them. Never be content to just stand far away and tell yourself what you think people deserve. You may be right—but it kills hope.”

The utter horror of what I had done began to effect me even more. I could hear the cries and wailing of wives and children grieving in the distance. The intensity of my own grief and crying woke me up. I now find myself alone in this café, sitting on a too-comfortable beanbag, typing out my thoughts. I feel there may have been something in my dream previous to my looking through the sniper rifle… but I can’t remember what it was or if it was important. Dreams can be so elusive, like smoke slipping through our fingers the minute we wake up. But the part I wrote above is strongly pressed into my consciousness because of the emotions that I still feel.

Whether this dream truly came from God, I don’t know. I only share it because I do believe there is a message in it that needs to be taken to heart. One of the struggles I have had in Cambodia is the pervasive evil I see men in this country inflict on their own wives, children and society. A healthy standard of masculinity, fatherhood and faithfulness is sorely lacking. Domestic violence, human trafficking, rape, marital unfaithfulness, abject laziness, corruption, theft, apathy and senseless cruelty is currently decimating the soul of Cambodia.

It is hard for me to see hope that things can be different. I find myself often becoming angry with the men of this country and secretly wishing death and destruction upon many of them. May God help me to see them with eyes of hope and the capacity of his truth to radically alter their lives and that of this country.

Hi, I'm Matt. "Strider" from Lord of the Rings is my favorite literary character of all time and for various reasons I write under the pseudonym "StriderMTB. As my blog suggests I seek to live out both the excitement and tension of a Christian walk with Christ in the 3rd world context of Asia. I am unmarried yet blessed to oversee an orphanage of amazing children in South-East Asia. I hate lima beans and love to pour milk over my ice-cream. I try to stay active in both reading and writing and this blog is a smattering of my many thoughts. I see the Kingdom of God as Jesus preached it and lived to be the only hope for a broken world and an even more broken and apathetic church.
View all posts by StriderMTB →
This entry was posted in Church and Culture, Devotion Life, Uncategorized and tagged Christian dreams, Christians and judgment, dream interpretation, Dreams, interpretation, judgement, judgment vs hope. Bookmark the permalink.

6 Responses to A Dream: A Sniper Rifle vs. Christ’s Binoculars